Tyler H. Jolley is five-foot sixteen inches. By day he is an orthodontist, and by night he is a sci-fi/fantasy author. He carries a curse with him each day, too many fun book ideas and too little time to write them. There isn't a place or time that ideas don't slam into the creative squishy part of his brain. Fun facts: he hasn't puked since 1996, he loves pencils and mountain biking. Writing and riding are a big part of his life.

His debut novel, EXTRACTED came out in 2013 with Spencer Hill Press, and has been a Spencer 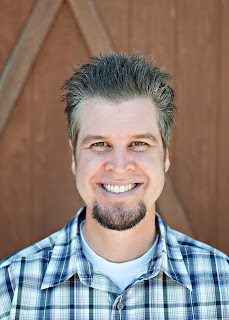 Hill Press Best Seller, as well as an Amazon Best Seller. PRODIGAL and RIVEN, the second and third books in The Lost Imperials series were released in May of 2015.

We're excited at the Book Pound to learn more about Tyler Jolley as part of his blog tour for Adventurous Ali: Temple of the Monkey God. Thanks for joining us, Tyler!

With your busy schedule, how do you squeeze writing into your days?

I focus less on making time for writing, and instead work on creating the most solid outline possible. That time spent on fleshing out the entire story, goals, and overarching theme make the writing smooth and seamless. In addition, I try to create as much efficiency as possible with writing. What that looks like currently, is an extensive outline as a launching point, turned over to co-authors and ghostwriters or dictating during my morning commute.

Who is your favorite character in Adventurous Ali?


My favorite character is Figgy. He’s loyal and throughout the story he always puts his needs after others.

Does your job as an orthodontist complement your writing at all? Do you think these two careers augment each other?


Yes, I get to hang out with kids ages six to eighteen all day, every day. Being able to hang out with them I get their interests, worries, how they deal with stress, and what makes them happy. The office is like a Petri dish for writing research.

What do you love about writing for young readers?


Young readers are willing to jump into any magical world that I can create. Their sense of wonderment and excitement allows you to take them on an adventure without skepticism.

What's next for you?


I’ve already written the second and third ADVENTUROUS ALI books. The second book will be coming out early next year and the third mid-year. I have a couple young adult books in progress as well. 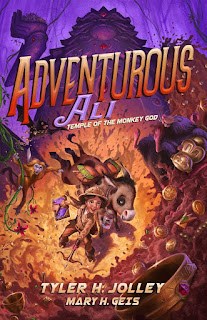 After Alison Liv Isner is sucked into an old globe that sat on her father’s desk, she wakes beside a campfire in a lush jungle, surrounded by five talking animals. She quickly realizes these are the same friends her mom wrote about in her expedition journal. Now, at only eleven-years-old, she has the opportunity to complete her deceased mother’s unfinished expedition in the Temple of the Monkey God.

With her new found friends, a monkey, a fat rat, a bat, a burro with a piranha in a mason jar tied around his neck, Ali decides to face the treacherous booby traps inside of the temple and save the monkey idol from an evil group called The Geese.

As she learns more about her deceased mom through her adventure journal, Ali and her friends realize the book is the key to lead them through the tunnels of the dreaded Temple of the Monkey God. If not, their lives are at stake and Ali will be trapped in the expedition realm forever.