INTERVIEW with PAT HATT, author of MAX BLIZZARD AND THE GEM OF CAMELOT

Yes, Pat Hatt is his real name, and we're so glad to have him with us at the Book Pound today to kick off his blog tour for Max Blizzard and The Gem of Camelot. Patrick Hatt lives on Canada's eastern coast with his two cats, one of whom has his own blog, It's Rhyme Time. Pat shows kids and adults alike how fun writing and reading can be. Thanks, Pat, for the interview. 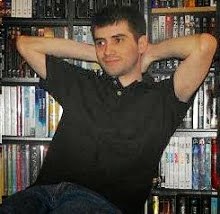 With a name like Pat Hatt, do you think you were destined to spend your life making rhymes? Have you always liked poetry?

I may have been destined to be a rhyming fool with a name like that.
There are still a few out there who don't think it is my real name. Maybe
because I rhyme under the guise of a cat? I really don't consider myself a poet, just a rhyming nut. Can I write poetry? Sure! But rhyming nut is
more fun, no rules to follow. I enjoy poetry depending on who or what it
is. Some just seem to try to make it difficult and hard on the head. That
proverbial stick can shine through in some as well. But for the most part, yep.

Who are your favorite authors? What do you read for inspiration?

Dr, Seuss, obviously, as a kid. I like Stephen King and some Tom Clancy stuff, as well as there are plenty of fun indie authors I've read that I couldn't even begin to name them all. As long as I find the book good I'll read any genre once. For inspiration though, tends to be a mixture of media. Books, movies, TV, music can all strike a chord in some way.

Describe your writing process. Do you have several projects going at once? Do you collaborate?

I tend to get an idea, jot it down, then just go to it. I always know where each novel will begin and end and if there is a series I know exactly how it will end in the final book. But all the stuff in between, I just go to it and let the story go where it wants to go. Oh I have many on the go at once. Usually a few kids books on the go and a novel or two. Maybe throw in a 20K word small rhyming novel for good measure, where I incorporate many blog followers in some form for fun. I've been published in a few anthologies, but that is as far as my collaboration has gone in the writing form. I have to collaborate with artists and such for illustrations and then there is plenty of collaboration in the blogsphere. 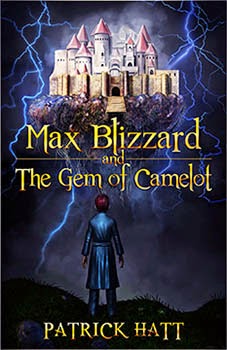 Who is your favorite character in Max Blizzard and the Gem of Camelot? Why do you like that character so much?

Bazooka was a fun one to write as he just came about out of the blue, but I'd have to go with Max Blizzard as it is his journey of discovery and developing his imagination that really makes the story take form.

What's coming up next for you?

I have Tarsier Man: A War Like None Before coming out in the middle of November. That's the tenth book starring him. Then I have another kids book scheduled every month from now until May. Blogvengers, an all rhyming novel, comes out in December. Another novel in February and working on a few more novels right now.

Is there anything else you would like to tell Book Pound readers?

Well I could blab on about just about anything. I could even leave a rhyme or ten. But I'll put down my virtual pen and just say thanks for taking the time to read. I hope some fun took seed.
Labels: Interview