INTERVIEW with ALDREA JOHNSON, author of THE BATTLE FOR THE FOUR REALMS

Today we're happy for the chance to get to know author Aldrea Johnson. She writes fantasy and has recently released the first book in her Dragon Bone series. Follow Aldrea's book tour for her new fantasy novel, The Battle for the Four Realms. Many thanks to Aldrea for the following interview:

What do you love about writing for young people?
I don’t think I intentionally set out to write for young people, But I love the idea that the young will identify with one the characters. For example girls/females can become powerful and self reliant and not rely on males to save them.

How do you feel that your early childhood in Jamaica affected your writing?
I don’t know whether it has except that I use Jamaican fruits, names for items/objects to give the story an “otherness” feel to the world/realm I created.

Which authors do you enjoy the most? Do you read particular authors while you're in the midst of a writing project?
Sterling E Lanier, CJ Cheerah, Ian Rankin, Dorothy Koomson, James Patterson, I very rarely read while I am writing and as a result I have a stack of books waiting to be read.

Can you tell us a little about your writing process?
I make rough notes, then I start writing chapter one, then I think of an idea of where I want the story to go. I would then start writing a different chapter and could be writing three/ four and more chapters at the same time. 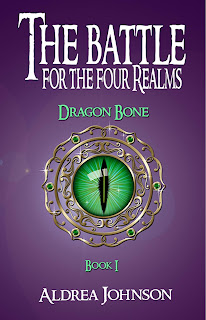 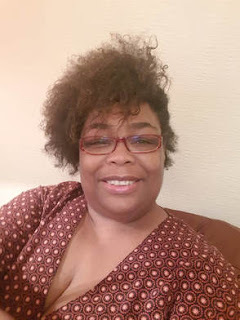 I was brought up on stories, tales of adventures of far off places, of princesses in peril and their princes rescuing them, they filled my head and sparked my imagination from an early age. I have very fond memories of “Lloyd Brown” or “Lloydy” as he was known to us children, telling the most wonderful stories. The only time he didn’t stutter was when he was telling stories, I would travel with him to those far off places from the Grimm fairy tales and just around the corner of the “Anansi” stories of Jamaican fables, these were amongst my favourites. By the time I had to swap the Jamaican sunshine for the winter “watery” sun of England at the age of almost eleven years old. My head was already crammed full of stories to accompany me on my very own adventure to far off England.

I may have spent my formative years in the Jamaican country side with the wild green woods and perfectly clear rivers but I grew up in London. Long winter days and darkened evenings would find me with my head in a book, the Lion the Witch and the Wardrobe, Arabian Nights and closer to home Enid Blyton’s Famous Five were later replaced but not forgotten by Mervyn Peake’s Gormenghast, and Sterling E Lanier’s Hiero’s Journey.

I was a shy introverted child but while at school I was regarded as one of the “cool” kids; I was a real Jamaican with the accent to prove it.  Libraries became my playground; they helped to fuel my imagination where adventure after adventure played out again and again in my head.  I could be anywhere, any place, anytime from my little corner of the local library. I lived in my head; my stories gave me  a sense of belonging, they sustained me  and now somehow one of my adventures found its way onto the page and is about the be shared with others.