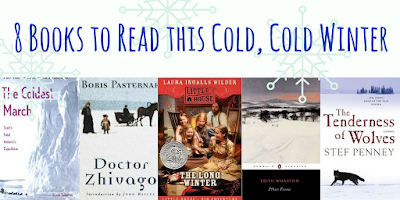 The United States has been experiencing an unusually cold winter, and many of us just want to curl up with a book and a nice, warm blanket. Instead of fight the winter, we might as well embrace it. The following books are set in winter, and you can read them indoor while knowing the wind is howling outside.

Ethan Frome by Edith Wharton
This is a quick read, but it will probably stay with you a long time. It's a haunting story about Ethan Frome, his icy wife Zeena, and Zeena's warm and lovely cousin Mattie (you can see where this is going).

Doctor Zhivago by Boris Pasternak
Books set in Russia are perfect for winters such as these. This one is set at the end of the Romanov Dynasty and goes through the Russian Revolution of 1917. Romantic and tragic, this one will keep you turning page after eloquent page.

The Long Winter by Laura Ingalls Wilder
If you haven't revisited the Little House books since your childhood, do yourself a favor and pick one up. Not only will you feel nostalgia, but you'll have a renewed appreciate for your cushy life in the 21st century.

The Coldest March by Susan Solomon
This is a history of Captain Scott's famous expedition to the South Pole. They attempted their 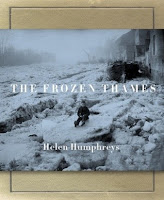 expedition in unseasonably cold weather (even by Arctic standards). The author used diaries of men who survived the trip and a few from men who didn't, making it especially poignant.

The Frozen Thames by Helen Humphrey
The premise of this book is that the Thames has frozen 40 times, and there's a vignette for each of those times. Most of the stories center on an ordinary citizen and the effects of the extreme cold on their lives. This is a good book to read when you want to read slowly, a vignette or two at a time.

The Tenderness of Wolves by Stef Penney
This slow-paced book offers stunning descriptions of the Canadian forests and might be described as a "historical mystery." It's set in a frontier town in the seventeenth century and gives us a peek into a world unknown to most of us: the fur trade, captivity narratives, etc.

Master and Man by Leo Tolstoy
We can't just have one Russian author on this list. It's winter, after all. Master and Man begins at a funeral where Ivan Ilyich finally starts thinking about his own existence after his friend's death sparks new trains of thought. If you're in the mood for philosophical thinking, Tolstoy's your man.

The Brief History of the Dead by Kevin Brockmeier
One more expedition story. In this book, Antarctic researchers lose contact with the outside world, so a few of them set off for help from another research station several days away. But they don't return [ominous music]. It's an interesting and quick-paced read. Make sure your blanket is extra thick.