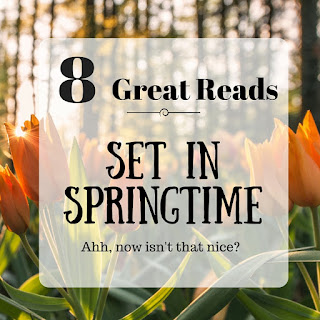 If you're craving spring, try one of these. 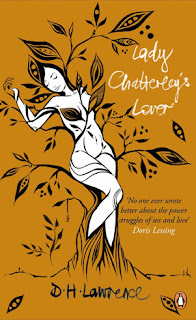 Victorians seemed to have a real penchant for springtime and all the symbolism that comes with new life, freshness, and romance. In this story, Lord Chatterley has been injured in the war, and his relationship with his wife has been strained. Lady Chatterley turns her attention to a lowly game-keeper--which was highly improper on several fronts: morality, social classes, etc.


2. Leaves of Grass by Walt Whitman

It's not a story, but Leaves of Grass captures spring and summer deliciously. The poetry in this book reminds us that just as surely as the cold winds of winter blow, spring will always return again: "To frozen clods ever the spring's invisible law returns, / With grass and flowers and summer fruits of corn."

The four women in this novel really know how to get over the winter blues. They rent a villa around Positano, Italy, and live a life of leisure for the month of April. While there, they find love, friendship, and renewal. After you read the book, find a copy of the movie.


4. Much Ado About Nothing by William Shakespeare

Here's another story set in Italy in the spring. Don Pedro, Prince of Aragon, has recently defeated his half-brother in a military operation. They reconcile and return to the capital as guests of the Governor, Leonato. A young nobleman in Don Pedro's army (Claudio) falls in love with Leonato's daughter Hero, but he's too shy to court her on his own. Don Pedro woos her for Claudio, and things get pretty sticky and confused for a while. The language is hilarious, and the characters are wonderful. The movie featuring Emma Thompson and Kenneth Branaugh captures the story perfectly.

First published in 1954, this substantial novel tells the story of Katherine Swynford and John of Gaunt, Duke of Lancaster. They're the ancestors of most of the British royal family. It's set in the 14th century: knights fight in battles, serfs struggle in poverty and oppression, and the magnificent Plantagenets rule despotically over a court rife with corruption and intrigue. John of Gaunt, the king's son falls in love with Katherine, who is already married. Uh oh.


6. A Moveable Feast by Ernest Hemingway 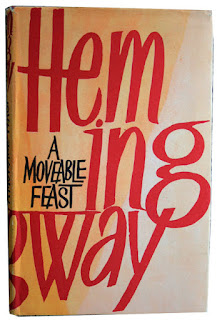 What was it like to be young, poor, and endlessly creative in Paris in the 1920's? If you've ever wondered about this question, the answers are in this book. Hemingway arrived in Paris in 1921. At the time Picasso was experimenting with cubism, James Joyce was working on Ulysses, and Gertrude Stein was holding court at 27 Rue de Fleurus. This book contains reflective sketches of Hemingways's circle of artist and writer friends, some of whom achieved fame and glory.


7. The Pickwick Papers by Charles Dickens

Seinfeld has nothing on the Pickwick Papers. Dickens' comic masterpiece, written when he was 24 years old, catapulted him to fame. And no wonder: these characters--Snodgrass, Tupmon, Winkle, Pickwick, and Sam Weller--are hilarious and manage to get themselves into more scrapes than they can escape.

Okay, so technically this book was written for children, but adults will find it no less mesmerizing. Orphaned Mary Lennox finds herself living at her uncle's large house on the Yorkshire Moors. At night she hears the sound of crying down one of the mansion's long corridors, but no one will tell her what's going on. The house's large gardens provide Mary's only escape from the strangeness and coldness of the house. One day, Mary discovers a secret garden surrounded by walls and locked with a missing key. If ever there were a book about springtime, renewal, and life, this is it.