INTERVIEW with SARA PETERSEN, author of ON HER WAY HOME 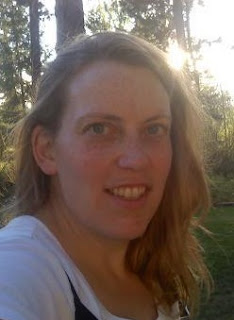 We're fortunate to hear from Sara Petersen, author of On Her Way Home. If you've ever felt that you want to write but you just don't have the time or you can't figure out how to juggle all of your responsibilities, read on. Sara's centered, comforting advice will help. You can find Sara on Goodreads and Amazon. Thanks for being with us, Sara.
With four children at home, how have you found time to write? Do you have any suggestions for other parents of young children who aspire to write?
When my children were very little, I constantly suppressed the desire I had to write because I felt I didn’t have the time, so I know this is a big challenge for other aspiring writers out there. I think in my case though, a shortage of time was only a half-truth. Actually sitting down at the computer and starting a novel was daunting. I thought it was beyond my aptitude. It just worked out, I guess, that self-doubt held me hostage during the same years I was busy rocking babies to sleep. Instead of pursing my writing ambitions, I satisfied myself by keeping a journal and recording the fun, crazy, trying moments of motherhood. During that season of life it was enough for me. As my children grew and became more independent, slowly my nights became my own again, and the inclination to write something challenging returned.
A few years ago, a close friend of mine wrote a novel and self-published it. I was impressed and inspired. With twin girls and a baby boy, her life was no less busy than mine. I examined my schedule, being brutally honest about how I spent my time. After weeding out misspent hours and talking down the inner demon of self-doubt, I committed to writing my first novel. Most importantly, I shared the goal I set with my husband and my children. When they saw how dedicated I was, they sought opportunities to support me, whether it was helping around the house, or giving me some quiet time in the evenings, or just being available with eager, listening ears.
My first suggestion or advice for other parents of young children who aspire to write is to wheedle out some time every week to write something, anything, even if it’s just a little report of the week. It can dim the frustration sometimes felt during those busy years of putting little ones first. Raising children is the most important work any of us will ever do, so above all the other stories we might dream up, I feel it’s really the one worth recording. My second piece of advice would be to share your writing goals and deadlines with your family. Most often they will rise up to help you accomplish them. I think it’s important for children at an early age to view their parents diligently pursing that which brings them joy. It inspires them to do the same in their own lives. My children are my biggest motivators because I don’t want them to see me quit or give up. They hold me accountable…even when I have writers block or negative thoughts.
Who are your favorite authors? Do you think they have influenced your writing? In what ways?
Two of my favorite authors are Lucy Maud Montgomery and Janette Oke. I enjoyed their books when I was young and I enjoy them no less today. There is something about the way they write that inspires me to be a better person. I value that because time spent reading is to put it simply…time. Once it’s gone, I can’t get it back, so I prefer to spend it reading a book that lifts me. Montgomery speaks to my suppressed romantic, dreamy side. She’s written some of the most honest descriptions of nature and its connection to the soul, that I have ever read. Both, Montgomery and Oke, are masters of the heartwarming story, the kind full of flawed characters, mish-mashed families, and selfless love. Those are the same stories I aspire to write. They will always be some of my favorites. Some other authors I like include Jane Austen, Ken Follett, and Norman Maclean. They are truth tellers.
On Her Way Home is set In Montana in 1923. How did you research that time and place? 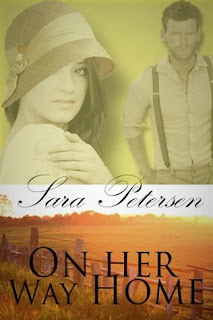 When I was forming the setting for On Her Way Home, I unwittingly modeled it after my hometown in Idaho. The post office I describe early on in the book, is a description of the Post Office built in my community, as are many of the other buildings and places. I never name a specific town in the novel because after intensive research there was never one that suited my story perfectly. Therefore, the setting is a fictional town, based on a collection of rural towns across northwest Montana and Idaho.  My local country library and museum were great jumping off points for research. Often, I would need to look up just one minor detail, for example lighting, and I would end up consuming the better part of a day studying rural electricity, mining, and hydro dams of that time period because I found it interesting. Two major contributors for my research were the Montana Historical Society and Wessels Living History Farm from York, Nebraska. Their websites were invaluable. Wessels Living History Farms has an entire section devoted to Farming in the 1920’s, which includes crops, machinery, farm life, etc. Most helpful of all, were videos of the older generation describing life at that time. I also relied on my own grandmother a great deal. She was only a baby in 1923, when this novel is set, but remembers many details of her early life on the farm. When I had a question or wondered how something worked during that era, I would just drive down the road to visit with grandma and let her reminisce about the old days.
Who is your favorite character in On Her Way Home? Do you relate to this character?
I love them all, but of course, Jo is one of my favorites. Though vulnerable and full of insecurities, she exercises faith, courage, positivity, and especially forgiveness; attributes I think we all wish to exude. I relate to her in many ways, especially in the special relationship she shares with her father, her lack of confidence regarding her self-image, and also I think in her dogged spirit. What I probably enjoy most about writing is letting characters do something or behave in a way that I would be too insecure or fearful to attempt myself. In the novel, I consider Jo an exceptional person, yet she is ever tackling weaknesses. Whether it is an unforgiving or judgmental heart, an inclination to play small, a lean to self-deprecating thoughts, or a temptation to wallow in self-pity, she recognizes these shortcomings in herself and chooses the opposite.
Other characters I’m especially fond of are Kirby and Mattie Smith. They are my salute to the strong, determined, uncomplaining generation before us, who knew what was truly important in life and worked hard to achieve it. Kirby always tells it how it is, and though he is blunt, I appreciate that he shoots straight. He is the kind of person who, if he thinks highly enough of someone, isn’t going to let them be less than should. Mattie is the woman I hope to someday grow into…wise and kind.
What are you working on now? What's next for you as an author?
I finished the sequel to On Her Way Home late last year, and it is currently in the revising and editing process. I hope to have it available on Amazon in early 2016. We go back to the ranch in this story to find out what life has in store for Mac’s brother, Leif.
I’ve also started outlining my next story, which is a romance set in the Regency period. Reading and researching have been keeping me busy these days and I am excited to try a new genre.
Is there anything else you would like to tell Bookpound readers?


I love to hear from readers, if they would like to contact me, my email is petejeffsara@gmail.com