REVIEW of AN ORDINARY MAGIC by JASON THIBEAULT 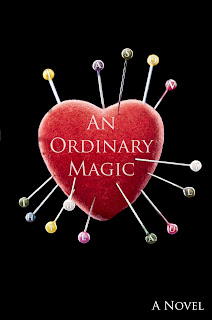 SUMMARY (from publisher)
A new sorcerer has moved into La Croix, upsetting the tranquility of the other otherwise idyllic Caribbean fishing village. But Panon, the town’s priest, can’t afford to waste time wondering about the newcomer. He needs to concentrate on fixing his relationship with his son, Jaime, who has been called by Dela Luamba, a powerful spirit, to join the church.

The problem? Jaime doesn’t believe in magic or the spirits anymore. To protect his son from a potentially terrible punishment, Panon must hide the truth from Dela while he tries to make everything right. But when Panon trades for a bit of magic guaranteed to help Jaime believe again, everything goes horribly wrong, turning Panon’s world upside down. Drawn into an epic struggle of good versus evil with the mysterious sorcerer, Panon, Jaime, and the whole town must battle the walking dead, malicious spirits, and potent Voodoo.

It’s up to Panon to discover the only power capable of saving his son…and redeeming himself. An Ordinary Magic is a fast-paced, entertaining, and thought-provoking work of literary magic realism.

REVIEW
Thibeault helps an interesting, unfamiliar setting to come alive. From the peeling paint of the La Croix stores and houses to the comfortable, long-held relationships between the villagers, details and descriptions are illuminated without being heavy-handed or tiresome. The author also does a great job of building tension right from the start. Unusual storm clouds have been building for days, even weeks, and everyone looks to the sky, hoping the storm will come so they can move on with their lives.

But the storm isn't just in the sky. Politically, the island is unstable, and the village priest, Panon conveys his feelings about this when he says, "So much is changing. What will come of the future?" He knows it's "a silly question but none-the-less eating away at him." And maybe this is what brings the story, mystical and foreign though it may be, to readers all over the world. So much in our own world is changing, and we wonder what will come of the future. We can see the storm building, and sometimes it seems it would be best to just get it overwith. 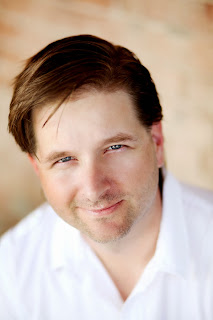 Another theme of An Ordinary Magic is father/son relationships. Panon worries endlessly about his son, sees him everywhere and cannot rest his mind about him. Jaime, the son, doesn't believe in the same things that Panon believes in, and this brings complexity to their relationship. The triangle between Panon, Jaime, and Dela creates interesting dynamics and keeps the story suspenseful.

Readers should be aware that some content in this book would receive mature parental guidance ratings.

Jason received his B.A. in English, with an emphasis in Creative Writing, from the University of California, Irvine where he wrote An Ordinary Magic for his senior thesis as part of the Campuswide Honors Program. After a year in Europe during which he spent some time working with HarperCollins, London, Jason returned to get his M.A. in English, with distinction, at California State University, Northridge. Jason is currently the author of the middle-reader chapter series Marmalade and a co-author on the marketing thought-leadership book, Recommend This!. He lives in Gilbert, AZ with his family. 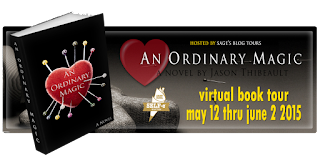