INTERVIEW with TEREZ ROSE, author of OFF BALANCE 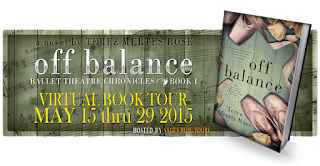 We're excited today to have an interview with Terez Rose, author of Off Balance, the first in a ballet-focused series called The Ballet Theatre Chronicles. Many thanks to Terez for sharing her thoughts on dance and writing with us. Don't forget to sign up for her Rafflecopter giveaway at the end of the post!

Do you find any similarities between the dancing life and the writing life?
I suppose there are. Both take tremendous self-motivation and self-discipline, with the urge to succeed, to make art, springing up from deep within you. That drive has to be there. Writing is so internal. Dance requires an audience. But both are tough to do if that extra spark of “I will do whatever it takes” doesn’t appear. Further, it’s about showing up, day after day after day, to lovingly devote yourself to your craft, whether or not you feel up to it that day. You just do it, because that’s what you do.

Who are some of your favorite authors? Do you read certain authors for inspiration? 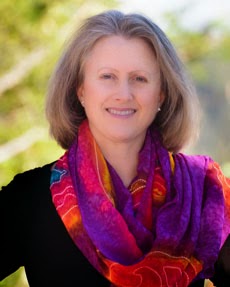 Meg Wolitzer comes to mind. Recently I’ve really enjoyed reading Ann Leary’s novels. Regarding inspiration, here’s an interesting thing that happens when I’m creating and I’m reading: the writer’s voice enters my own writing voice. I guess that happens to me in life, too. If I’m talking to someone with a British accent, I’ll start to take on their accent. Not in a mimicking way, maybe not even that obviously. I’m just very suggestible. And it’s the same thing with writing. If an author has a certain irreverence, boom, there it shows up on my own page. If they are more literary, that shows up, too. I have to be careful not to read junky fiction when I’m creating. But it can get tricky in the other direction, too; when I read an author whose writing is so good, it hinders something creative in myself. I love Barbara Kingsolver, but reading her work doesn’t help me write better. Same with Louise Erdrich. Her stories are so very good. Something in me falters, and when I sit to work on my own writing, out comes inferior crap.

Who is your favorite character in Off Balance? Do you relate to this character?


After pondering this question for a while, I realized it’s one of the secondary characters, Montserrat, the best friend of Alice, narrator #1. Which makes me smile. Montserrat, a professional violinist, was one of the three narrators in the second of my five completed novels (with OFF BALANCE being #3).  Things were crappy and tense for her, and that defined her story. That project was my attempt at edgy, thriller-esque fiction. All three narrators had crappy, tense things going on, so much at stake, such a sense of loss. It’s the only one of my five completed novels I don’t think I’ll ever publish. My agent hated it, and it’s a weird thing to be grateful for, but eventually I was. Writing that kind of stuff was NOT me. I was writing what I thought could/should sell, even though I myself don’t enjoy reading that kind of stuff. My agent and I talked more, and when she uttered her now-famous words to me, her “why not write a ballet novel?” I realized I could move Montserrat to that story. I could give her the happy ending she never got in novel #2. She earned it. And she’s a character I desperately wanted to keep alive, because I love her so much. (I know, it’s weird, loving a fictional character with that sort of intensity. But writers are weird.) Anyway. She’s in this story as Alice’s best friend. She’s a more successful violinist now, a concert soloist. She’s very good at what she does (and ooh, what a thrill to vicariously experience that!) but she’s still sort of running from a much darker past. I can’t particularly relate to that. But when I set about creating her character, almost ten years ago, I was striving to create someone very not-me. My novel #1 used a first-person point of view and I hated the way people assumed it was autobiographical, because it really wasn’t (never mind that I was a ballet dancer who joined the Peace Corps, like the character. And that many of the plot points actually happened to me. Okay, dammit, maybe it was). Anyway, after that project, I vowed to write about characters that were entirely different from myself. Montserrat, consequently, is calm, collected, high-achieving. She’s not waylaid by her emotions, time and time again. She’s not suggestible. She’s focused, absolutely so, on this high profile, highly prestigious career. She is so not me. And I adore her for it. 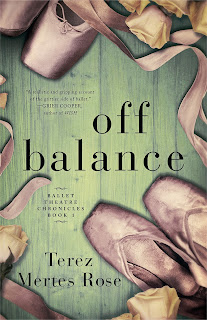 How many books are you planning for the Ballet Theatre Chronicles? When can readers expect the next book?


If all goes as planned, the next book will be out soon. It’s done—yay! I’m just revising and tweaking right now. I’ve cast a net out into the creative waters to see what comes up for a third book in the series. Nothing has hit me yet. On some levels I appreciate that. The muse is a rather horrible house guest, in truth. When she arrives, she has no manners. She drops her bags, flings herself onto the couch, all splayed out, and I have to drop everything to accommodate her. It’s always worth it; what she carries in those bags is magic, pure magic. That’s the place my best stories have come from. But I’ve made a commitment to publish three novels, that will all require some delicate pruning and care and nurturing over the next three years. It’s better that the muse wait a few years to dump a new ballet story onto my psyche.


My favorite part has been to immerse myself in that world, day after day. The most challenging part, ironically, is that there’s never enough time to indulge in the crafting of the book as I’d like. Life keeps getting in the way. Especially now, when I’m promoting one book, trying to polish a second, while mentally reworking the novel after that. In some ways, writing that first big novel is like being pregnant for the first time. There’s a quiet, hushed sense of creation going on, and while you have plenty of work to do to support that, you can focus all your attention on it. Right now, it’s like being pregnant with younger kids afoot. Much more work!

Is there anything else you'd like to say to Book Pound readers?


I want to shout out to the world that you don’t have to be a ballet person to enjoy OFF BALANCE. While it’s set in the ballet world, it’s mostly about two women, struggling with their lives and careers, as we all do, who are forced to confront some difficult aspects of themselves, their pasts. So many of my non-ballet readers have commented that “I wasn’t sure if I was going to find the subject interesting, but hey, this is great! Not too much ballet at all!” So, I suppose I should mention to ballet fanatics that this isn’t a 100% ballet read. Hope that’s okay for them, too!