Today the Book Pound is a blog tour stop for Ashley Mackler-Paternostro's novel The Milestone Tapes. If you've never been on a blog tour before, I encourage you to follow the tour and join the conversations in the comments sections on each blog. The author will be awarding books and swag to randomly drawn commenters. You never know; it could be you! See the entry form at the end of this post to get yourself into the drawing. 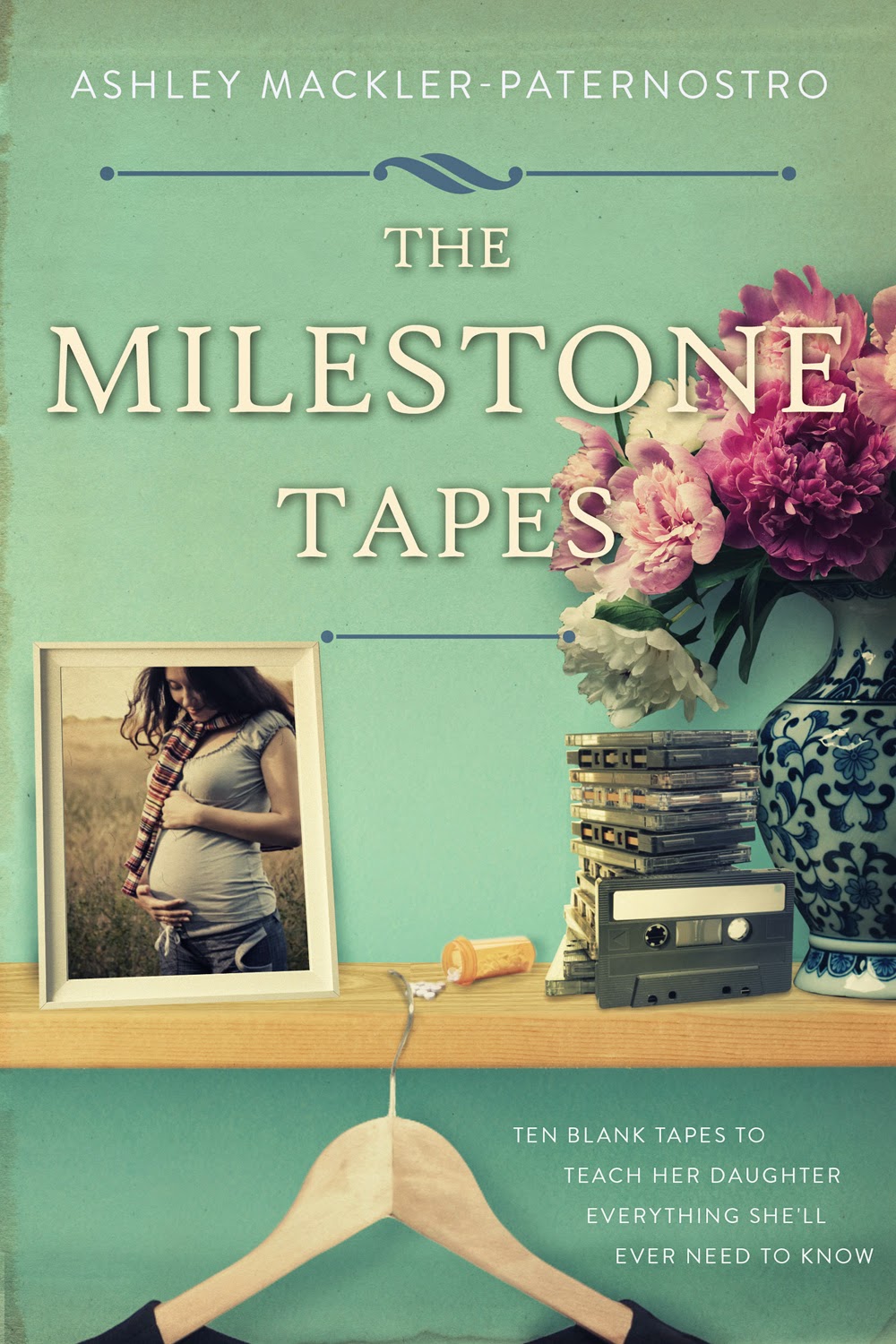 The Milestone Tapes
by Ashley Mackler-Paternostro

The only thing Jenna Chamberland ever wanted in her life was to be a good wife and a good mom. In death, she’ll find that she still wants the same things.

With stage-four breast cancer, a terminal diagnosis and six months to live, Jenna fears what awaits her family after she is gone: Her husband, Gabe, will be left to raise their daughter alone, and Mia, only seven years old, will be forced to face a world without her mother.

Ten blank tapes to teach her daughter everything she’ll ever need to know. Dead before Mia ever really got to know her, Jenna exists now only in pictures and watercolored memories, and Mia finds herself struggling to remember her mother in a way that feels real. But on the ninth anniversary of Jenna’s death, she will return to her daughter through a series of audiocassettes. One tape each of the milestones of Mia’s life, and with them, a letter explaining that Mia should only listen to the tapes when the time is right.

With the help of her mother’s long-gone voice, Mia may just learn how to embrace the challenges and triumphs of her ever-changing life with humor, grace and a lot of hope.

Rereleased for its second anniversary, the novel that book bloggers have called “beautiful” and “unforgettable” returns with new content and tapes never before read.

“Picking up her finely bound leather journal, Jenna pulled a pen from the recesses of her desk. It had be a long time since she had sat in here, behind her desk, with any real purpose. She flipped open the journal and began to think.
She wrote quickly, crossing off and underlining, as thoughts flashed in her mind, some overruling others, as she highlighted the pivotal moments of her daughter’s coming life.

Ten tapes, ten corresponding milestones her daughter would pass in her absence. You raise your children to fly, Elizabeth had said, but a mother’s work, even in death, is never really done, Susanna whispered from behind.” - The Milestone Tapes

Ashley Mackler Paternostro is the author of The Milestone Tapes and the Amazon Best Selling novel In The After. Her shorter works can be found in Holiday Wishes - An Anthology for a Children’s Charity and on the blog ww.onepagelovestory.com Ashley lives in a suburb of Chicago with her husband and their three dogs. Find her at Facebook, Twitter, and Tumblr.

Get the book at Amazon or Barnes & Noble.