REVIEW of THE WINDS OF WAR by HERMAN WOUK 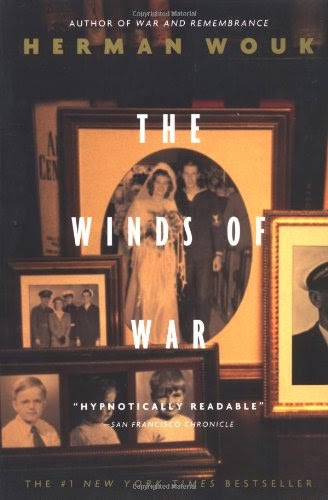 SUMMARY
A Masterpiece of Historical Fiction-The Great Novel of America's "Greatest Generation" Herman Wouk's sweeping epic of World War II, which begins with The Winds of War and continues in War and Remembrance, stands as the crowning achievement of one of America's most celebrated storytellers. Like no other books about the war, Wouk's spellbinding narrative captures the tide of global events-and all the drama, romance, heroism, and tragedy of World War II-as it immerses us in the lives of a single American family drawn into the very center of the war's maelstrom.

The Winds of War, an American classic, remains a stunning reminder of Herman Wouk's incredible talent as an author. Admittedly, I was already a Wouk fan when I started this novel, having previously read The Caine Mutiny and The Lawgiver, both stunning novels in their own rights. With that said, I devoured The Winds of War. The characters, setting descriptions, plot and subplots are rich and delightful - a true literary dessert. At approximately 900 pages, one could certainly gorge oneself on its content.

The Winds of War tells the story of an aging U.S. Navy career man, his family, and their interactions with the events leading up to the United States entering World War II. Many of these events happen during the War, but before the United States' official involvement.

The characters provide a unique dynamic in themselves with their quirks and disagreements. When set amidst the first half of World War II, these rich, detailed characters find themselves in numerous pickles and scrapes. The novel's fancy exists in that the main character, Captain Victor “Pug” Henry, U.S.N., could be so fortunate to visit all the places and meet all the dignitaries he does. However, historical fiction without fancy is merely history.

The supporting characters also find themselves in precarious situations, particularly Pug's young Jewish daughter-in-law and her uncle, as they navigate an increasingly hostile and extremely anti-Semitic Europe. Along with Pug, his two sons also belong to the U.S. Navy. Warren is a willing naval aviator, following in his father's footsteps as a dedicated Navy man. Byron is one truly reluctant submariner, only joining the service when Pug pressures him. These two brothers love each other, but also provide each other's foil. Their sister, Madeline, represents a rare specimen, an independent career woman in the late 1930s. The mother, Pug's wife Rhoda, is essentially a D.C. Southern belle, socialite, and housewife. Though she plays an important supporting role, she also causes Pug much strife – sometimes more than the enemy. Overall, Mr. Wouk creates a well-rounded cast of characters to provide a realistic family and social circle.

When reading this novel, I never lacked a sense of location or surroundings. The sights and smells were described beautifully, down to the fishy sea smell in port and the putrid smell of war's aftermath. During battle scenes, the action was so detailed I found myself gripping the novel in anticipation and angst. I could see war planes flying low over my head. I felt the characters' anxiety and fears. Mr. Wouk described everything so brilliantly, the movie in my head played without any resistance from my imagination.

The plots and subplots are intricate and beautifully interwoven. Even when a subplot resolves itself, some important piece of it moves forward, still affecting characters down the line, just like life. Supporting characters make appearances when necessary and move from one storyline to the next in a completely plausible fashion, though sometimes too coincidental.


This novel is lengthy, and is only the first half of the story. Nevertheless, with writing as stunning as Herman Wouk's, I certainly look forward to devouring the second half of the Henry family saga, War and Remembrance. 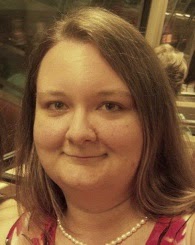 Sara E. Dykes enjoys reading and writing. The combination of writing about what she reads is only natural to her. Sara is a Georgia licensed attorney, currently residing in Dallas, Texas.
Labels: book review review