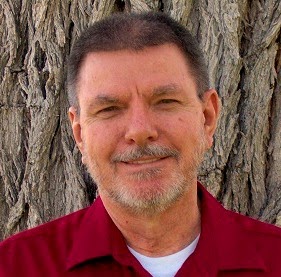 Author D.R. Fuller grew up in New Orleans and then joined the Army, which took him to Germany, Vietnam, and South Korea. After careers in the oil & gas industry and computer field, Fuller has now turned his attention to writing fiction. His debut novel, Invisible, was just published March 30th. Thanks to D.R. Fuller for his interview with The Book Pound.

Did you ever dabble in writing before you retired from your career in the computer field?
Yes, I have been interested in writing for some time, but never took it seriously until I was ready to retire.

Which authors do you enjoy reading the most? Which ones have had the biggest influence on your own writing?
The biggest influence on my writing was my 7th grade reading teacher. She spent much time telling us about her travels around the world. She was a true storyteller. Even today, I can see her riding on those camels past the pyramids of Egypt. Her stories opened up a new world for me, who at the time had very poor reading skills. While I enjoy reading many varieties of books, such as Flowers for Algernon by Daniel Keyes, Dune by Frank Herbert, Needle by Hal Clement, I, Robot by Isaac Asimov, Still Alice by Lisa Genova, The Hunger Games by Suzanne Collins, The Host by Stephenie Meyer, and Blood Red Road by Moira Young, it is impossible to list all the stories I have read, and I am sure that each affected me more or less.

How much of your childhood in New Orleans did you include in your novel Invisible?
As I started writing invisible, I was faced with the problem of how to write about a place I had never been, like New York City for instance. All I knew about it was what I had read and seen in the movies or news. I decided to use New Orleans because, for the first 18 years of my life, it was my world. For the most part, the places I lived were duplex/shotgun houses that anyone who has lived in New Orleans will recognize. Audubon Park was a big part of it as well, and the only “wilderness” I knew. As I wrote scenes from the book, I drew from my memories of actual places I had walked and played in. One library, a mansion on Saint Charles Street, converted into a library, still exists today. The giant oak trees in Audubon Park, the lagoons, the zoo, and the mansions that surround it were all real. Of course, I took many creative liberties in the actual placement of certain things, but the general area is real.

Who is your favorite character in Invisible? Why do you like this character so much? 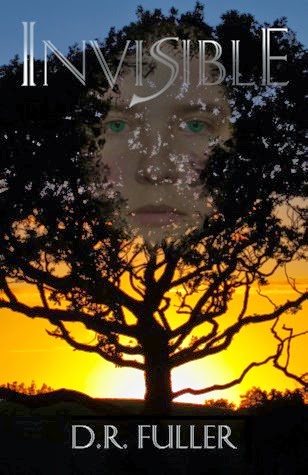 Evelyn is by far my favorite. As I began writing the story, I was not aware of it, but character composition comes from somewhere. It does not just materialize from an active imagination. It is bits and pieces of people in real life. From hindsight, I can see that Evelyn is composed of an image I have in my mind of my wife. I’m not saying she is exactly like her outwardly, but in my mind, there is an emotional image of feelings and all the things that make someone familiar to you. To me, Evelyn is a hero. She is full of fear, but because of how she faces it, she is also courageous. The situation she finds herself in is something that many might think at first is not so bad. However, I hope that after reading the story, they will understand how much courage it would take to survive in such a world. I think she is compassionate and has a great sense of humor, considering what is going on.

What advice would you give to people who are busy with their non-writing careers but are itching to write?
Writing is easy. Writing in a way that communicates your story properly is not. It takes time and constant evaluation of what you have written. It takes research and the help of lots of people willing to read what you have done until they are bored to tears. For someone with a busy job and family life, who wants to write, my advice would be to dedicate “alone” time each day or as often as possible for perhaps an hour or two. I was surprised at how much time it takes to write just one paragraph and write it to say what I wanted it to.

If you can only write on the weekends, then start by writing what you can on one weekend, then read it again the following one. Re-evaluate and change it. Do this over and over each successive weekend, until you read it and feel good about what it says. From what I’ve read, and from my own personal experience, I can say that you will eventually come to a point where you have to make a decision that it is okay. If not, you will keep changing it forever. There is never a time when I read Invisible that I don’t find something I want to change. Sometimes, when I read it again, I changed it back to what it was before. This has to eventually end if you ever want to publish your work.

Also, if you are self-publishing your story, have someone sit with you as you, he, or she read it and follow along to see if the story actually says what you think it says. Have different people you trust to do the same. I have found that the human brain often plays tricks on you. You may not have written what you think you have.

Is there anything else you would like to say to Book Pound readers?
Readers are as varied as writers are and I believe, everyone is both. Whether it is a journal or a family history, you have a story to tell. Just as you talk to your friends, write a letter, or send text messages, you can write a story as well. I don’t worry about whether my story is as good as someone else’s; I know that some will enjoy it and some won’t. We all have things that push the right “buttons” for us when we read a book or watch a movie. It just depends on our life experiences. It’s like how a certain song will bring you to tears, while another person won’t feel anything. The more you write, the better you will become. If you enjoy it, do it often. Even if you never publish, you will have family and friends that will enjoy it. You may have adored parents or grandparents that you never had a chance to know very well; think of how much you would like reading a story they have written. Your children and grandchildren may feel the same about you some day.

You can find D.R. Fuller at Goodreads and at White Meadow Books.
Labels: Interview