INTERVIEW with AMBER SKYE FORBES, author of WHEN STARS DIE 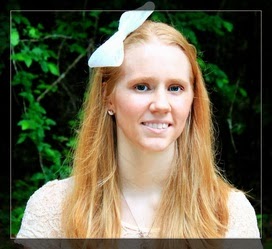 Amber Skye Forbes is both a dancer and a writer. She also runs a literary magazine called The Corner Press Club. Many thanks to Amber for including us in her November blog tour!

Do you think dancing influences your writing? How so?

I guess my ballet dancing does influence my writing a little bit because ballet is the hardest thing I have ever done in my life--my writing looks like a cupcake in comparison to all that ballet as taught me; therefore, ballet gives me the confidence to do anything in my life, including writing. I once tried putting ballet in a novel of mine, but there are so many nuances in ballet that I wanted to include that I realized I had no idea how to include ballet in a novel without being super descriptive of each move because your average person has no idea what a tendue is, unless he or she knows french. I've read ballet books before, but I feel like those books are aimed toward people who already do ballet, so they don't have to explain the terminology.

Tell us about The Corner Club Press. What was your inspiration for it? Are there opportunities for other people to get involved with it?

The Corner Club Press is a free, online PDF magazine that is pretty eclectic in nature. We accept almost anything and everything, except for a few things, which you can find on our website (http://thecornerclubpress.weebly.com). I always knew I wanted to do a lit magazine, but I didn't have the proper resources to start one, until I met my friend, Daphne Maysonet, who is a poet herself. She loved the idea, and so that's when we launched it. And of course there are opportunities, but right now, we don't need any more people. We just got two people on board, and the paranormal issue being released next month promises to be phenomenal.

How do you think that writing and literature can help people to understand mental illness, both in themselves and in others?

I think writing about mental illness in literature can make people, specifically teens, feel less alone. I read Crazy, a YA book, and it described bipolar perfectly, and I felt so close to the character who was coming undone because there are times when I feel like I'm coming undone. I've also read other books on mental illness that constantly reassure me that I am not suffering alone. The Bell Jar by Sylvia Plath is probably one of the best books I've read on mental illness because the character is very privileged, and it shows that even those with great upbringings can come undone due to illness.

What advice can you give people who would like to begin writing but don't know where to start?

I would say just start writing. If you have a story in your head, just start it. When you begin writing, you're likely going to be a panster, so I say go for it. Until you really start to learn the craft, you just need to be writing and writing and writing. Someone said it takes about a million words to get the craft right, and I know that was true for me. So write whatever you can, whenever you can, be it a blog post, essay, journal entry, or something. Just do it.

What's coming up next for you? Do you have any new projects in the works?

Well, there is When Stars Die, which is already released, about Amelia Gareth who wants to cleanse the taint of witch blood from her family, as witches are severely hated in her world. I am also working on its sequel, The Stars are Infinite, which will have a new protagonist named Alice Sheraton. Readers will have to pay some serious attend to WSD to find out why Alice is the protagonist, and they may even be able to discover who Alice is by the time they begin reading the book. I also have a contemporary fantasy currently titled When Heaven Was Blue that I'd like to finish in December. It's about a boy with mental illness who eventually finds himself journeying with a puppeteer and doll maker who is about trying to help Gene, the MC, put himself back together. And I am also outlining another novel on mental illness currently titled, The Hour that Winter Blooms.

Is there anything else you would like to say to Book Pound readers?