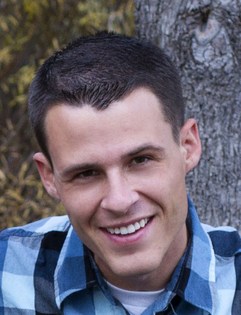 Samuel Lytle has always wanted to be a writer, and he began early by filling personal journals with his own life stories. In addition to writing about journaling, he has written a novel, Gold Stars, which examines our motivation for doing good things. Samuel Lytle joins us today to talk about writing and what he's working on. Thanks for joining us, Samuel.

Gold Stars uses reality television to explore altruism. Why did you choose reality TV?
I actually first thought about the concept for Gold Stars when I was a delivery driver. I didn't think of the concept as a book but rather as an idea for a reality TV show. The thought was so simple: "What if there were a reality TV show that rewarded people for doing random acts of kindness?" and then the obvious followup "What if people started doing good to be on the reality TV show?"  The idea was very intriguing to me and since I knew I always wanted to write a book I turned it into the plot for my first novel.

What's next after Gold Stars?
I've already released a few more books but they are more in the non-fiction realm. I've found that the books on specific subjects that solve problems sell much more than the novels on obscure topics, especially in today's world where it is so easy to self-publish. I have an idea for an action/thriller fiction book where an entire city gets taken hostage but now that I have kids and many other projects (along with a full-time job) it might be a while before that one gets finished.

What's your writing process like?
Write in bulk! I wrote Gold Stars before I had kids (now I have two) and I would spend around three hours every night after work just writing. I didn't worry about spelling or grammar and the first draft was very sloppy, even though it was finished in less than two months (over 100k words!) Now when I write I still write fast but I pay much more attention to the editing process early on so that it isn't so much of a headache later.

You've mentioned that your personal journals have contributed to your love of writing. Do you see any crossovers between your own life and the lives of the characters in Gold Stars?
I've been asked many times if I wrote Parker to be a representation of myself. While I obviously drew from my life for parts of his personality and thought processes, we are two very different people. For one example, Parker hates technology and gadgets. I am quite the opposite! Like most authors, many of the characters in the book had a secret source of inspiration from real life.

Who are your favorite authors? Which have most inspired your writing?
I actually don't read very much fiction. I've read most of the J.K. Rowling books as well as Dan Brown and Orson Scott Card. Outside of those three it is a really short list!

What advice would you give to young writers?
Just do it! Also, don't write fiction for money. Don't leave your day job and say "I'm going to support my family with this novel." If you make money... great! But if you set out for that purpose you will probably just find frustration and not the satisfaction and fulfillment that writing a book can give you.