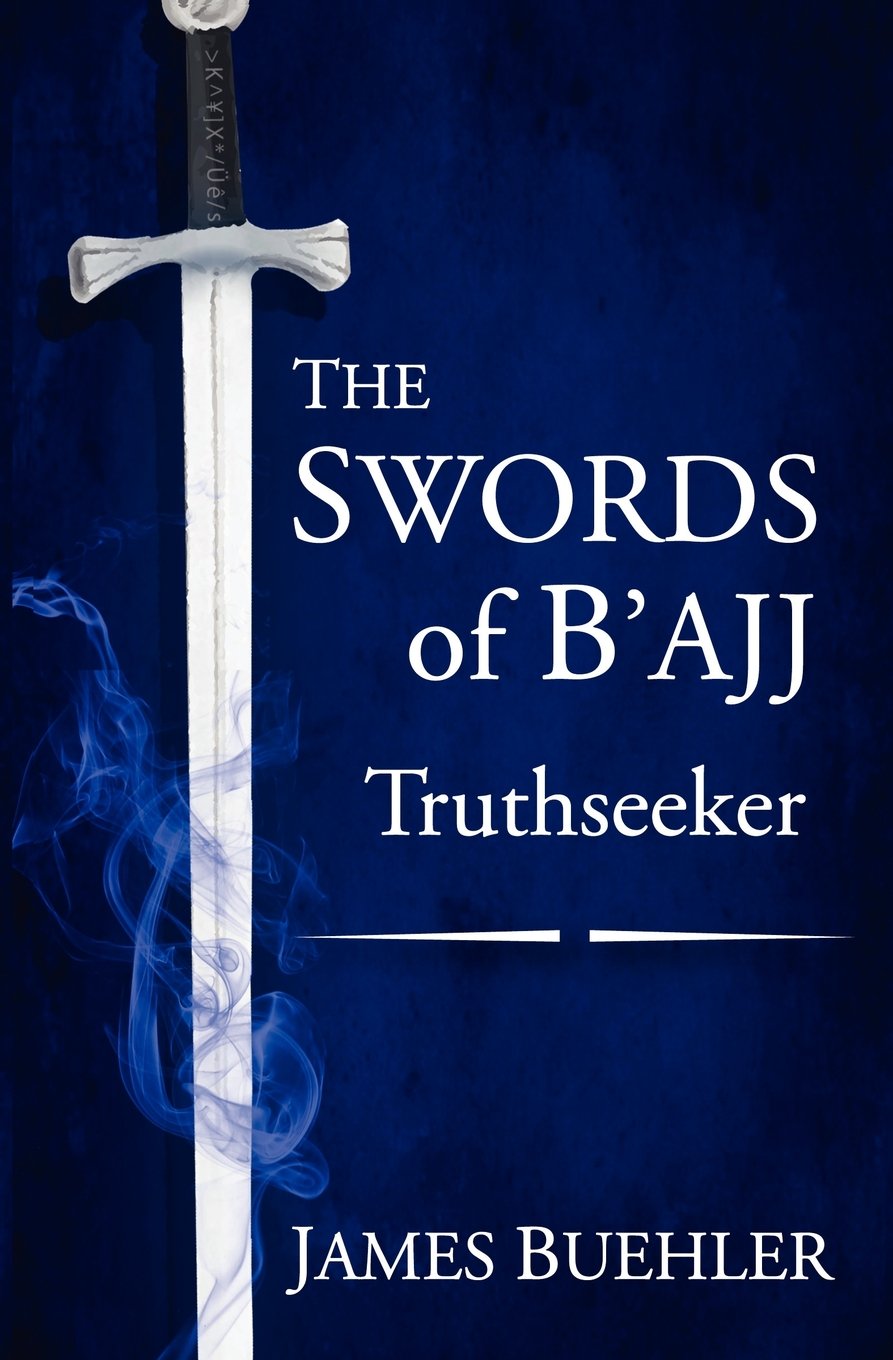 Science fiction author James Buehler is working on the second novel in his Swords of B'ajj series, and he took some time out of his busy schedule to talk with us about writing, his favorite authors, and what's coming next in the series. Many thanks to James for spending some time on The Book Pound.

1. What science fiction authors are your favorites? Which have influenced you the most?
Isaac Asimov, Ray Bradbury, Kurt Vonnegut and Arthur C. Clarke are some of my favorites.  I like the older authors better because those are the ones that I read when I was younger.  I remember taking a class in college on Science Fiction and these were all covered in that class.  Robert Heinlein too.  Asimov and Clarke probably had the most influence on me.

2. Which of your Swords of B'ajj characters do you enjoy the most? Do you relate to any of them?
It's hard to decide between them, but if I have to, Bart and Erin would be the ones I'd say I enjoy the most.  I always felt like I was Bart growing up and having a sword like Truthseeker.  I think it would be extremely hard though to have something that powerful and be able to maintain a humbler lifestyle.  I doubt anyone would be able to have that much power and responsibility and not want to abuse it.  For Erin, I try to make her a stronger female character.  I'm not sure I always succeed as I desire.  Other characters I like are the group that held the swords before Bart is given Truthseeker.  I don't develop them at all in this story because it's not their story.  Their time is done and it's time to move on to the next group of which Bart is the first to receive a sword.  It might be fun to some day make their stories, but I doubt I ever will.

3. Where did the name "B'ajj" come from?
I took the first initial from the first names of my wife and children and then combined them together in the best fashion and then threw the apostrophe in for something different.  I did an internet search on it after I came up with it to see if it was real or not and found a few items that were close but not quite the same.

4. What advice would you give to aspiring science fiction writers?
Don't be afraid to go for it!  Write what you like and what you want.  Decide if you like main stream publishing through an agent and publishing company or if you'd prefer to self publish.  There is no shame in either method.  If you self publish, be sure that your book is as good as you can make it and then get some people to review it and make it even better.  Remember though that it is your work and ultimately you should do what you feel is best.  Marketing will be a big deal after self publishing.  It's a lot of work, but can be rewarding.

5. When can your readers expect to see Pathfinder?
I am hoping for sometime this year yet maybe toward the Christmas season, but it will probably be 2014 before I can finish the details.

6. Is there anything else you'd like to say to Book Pound readers?
Keep reading and writing because books open whole new worlds of adventure and broaden and strengthen your mind!  Ride the adventure each author takes you on and enjoy the voyage!  What you read can expand what you write so you can take others on adventures of your own.
Labels: Interview James Buehler