REVIEW of THE MAGNIFICENT AMBERSONS by BOOTH TARKINGTON 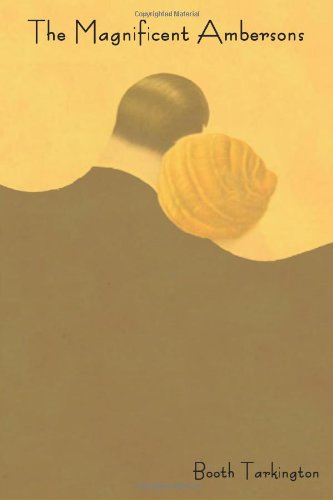 SUMMARY
Booth Tarkington (July 29, 1869 – May 19, 1946) was an American novelist and dramatist best known for his Pulitzer Prize-winning novels The Magnificent Ambersons and Alice Adams. He is one of only three novelists (the others being William Faulkner and John Updike) to win the Pulitzer Prize for Fiction more than once. The Magnificent Ambersons is a 1918 novel by Booth Tarkington which won the 1919 Pulitzer Prize for novel. It was the second novel in his Growth trilogy, which included The Turmoil (1915) and The Midlander (1923, retitled National Avenue in 1927). In 1942 Orson Welles directed an acclaimed film version of the book; Welles's original screenplay was the basis of 2002 TV movie produced by the A&E Network. The novel and trilogy trace the growth of the United States through the declining fortunes of three generations of the aristocratic Amberson family in a fictional Midwestern town, between the end of the Civil War and the early part of the 20th century, a period of rapid industrialization and socio-economic change in America. The decline of the Ambersons is contrasted with the rising fortunes of industrial tycoons and other new-money families, which did not derive power from family names but by "doing things." As George Amberson's friend (name unspecified) says, "don't you think being things is 'rahthuh bettuh' than doing things?"

This book made me think about several different themes, and the story and characters were pretty great, too. The Amberson family made a fortune in 1874 and has ruled their midwestern town ever since. They are the beautiful people everyone else envies and admires. But the Ambersons don't change with the times, and the times run them down eventually.

The story is epic in scope and powerfully written. The themes touch awfully close to home, especially the effects of rapidly changing technology on societies. And besides the technology theme, there's also forgiveness and the power of a mother's love (very powerful!). Lucy Morgan is a wonderful strong female character, and Georgie Minafer is the most despicable stuck-up heartthrob you've ever met, so much so that it's funny.
Labels: Booth Tarkington classics The Magnificent Ambersons