INTERVIEW with LAURISA WHITE REYES, author of THE ROCK OF IVANORE 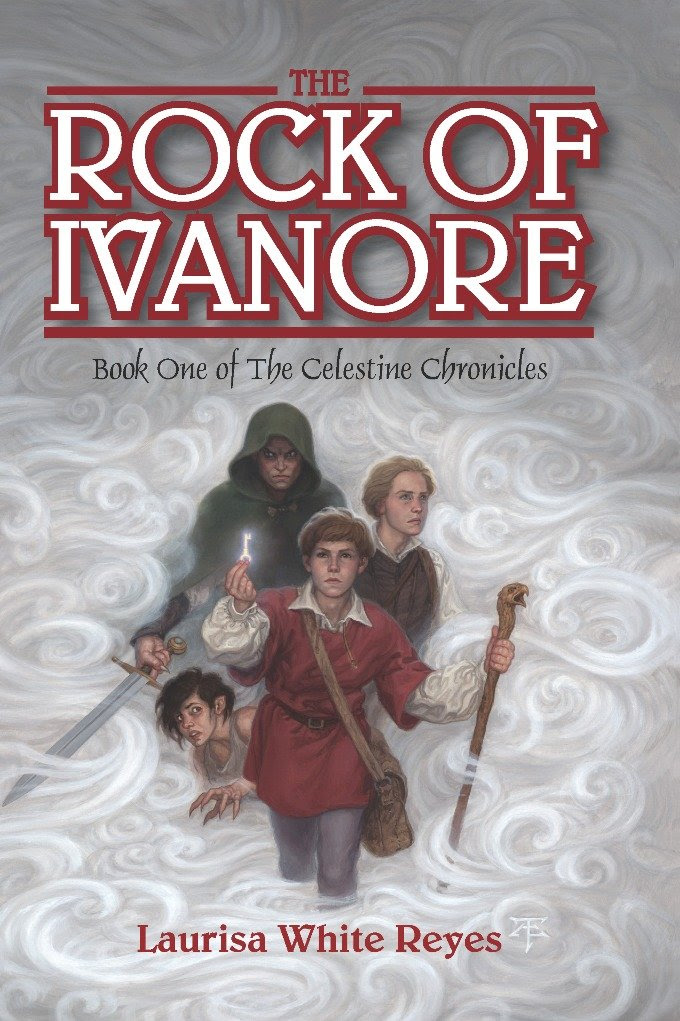 Several years ago, Laurisa White Reyes and I worked together for Mapletree Publishing Company. We were both editors, but we also both loved writing. Since then, Laurisa has published a dynamite middle-grade fantasy novel, The Rock of Ivanore, and the second installment in the series, The Last Enchanter, is due out in October 2013. Many thanks to Laurisa for taking time out of her busy schedule to catch up and share her writing wisdom.

And without further ado, here's the interview.

1. How has graduate school affected your writing?
So far it hasn't, thank goodness. I do spend a lot of time studying, but my life is always busy. I'm a full-time mom of 5, so squeezing in an hour of writing time every day has been the norm for many years.

2. What are you most excited about with the release of The Last Enchanter this fall?
I'm excited to finally put this story into people's hands. The first draft was written almost six years ago, so it's been a long time in coming. Patience is a required virtue of all authors.

3. Who is your favorite character in The Last Enchanter? Why?
I asked my kids that question and they all had different answers. My daughter likes Xerxes, the enchanted walking stick. He has attitude. My son likes Bryn, the shape-shifting Groc who wishes he was human. I am particularly fond of Marcus because I see so much of myself in him. He starts out doubting himself and his abilities, but when faced with difficult situations, he reaches deep within himself to find the courage and skills he needs to succeed. I avoided writing novels for many years because I didn’t think I was good enough. It wasn’t until I finally committed myself to it that I was able become the writer I always wanted to be.

4. What's next after The Last Enchanter?
I'm writing book three in the series, The Seer of the Guilde, which is tentatively slated for release in 2015. In the meantime, I am exploring possibilities for prequel to The Rock of Ivanore, The Crystal Keeper, which is the story of Jayson and Ivanore. I'm hoping to get it out sometime in 2014.

5. What's the most challenging aspect of being a writer?
Life. I wish I could spend 5-6 hours a day writing. I'd rather write than do anything else, but life keeps me pretty busy. Between being a mom, going to grad school, working as editor for Hamilton Spring Publishing, teaching creative writing classes, doing school visits, book signings & promotions, speaking at conferences, and keeping up with all my social media, I just don't have as much time to write as I'd like - yet.

6. What do you love most about being a writer?
Visiting schools and hearing kids tell me they want to grow up and be writers just like me. Makes it all worth while.
Labels: Interview Laurisa White Reyes middle grade