REVIEW of NUMBER THE STARS by LOIS LOWRY

As the German troops begin their campaign to "relocate" all the Jews of Denmark, Annemarie Johansen’s family takes in Annemarie’s best friend, Ellen Rosen, and conceals her as part of the family.
Through the eyes of ten-year-old Annemarie, we watch as the Danish Resistance smuggles almost the entire Jewish population of Denmark, nearly seven thousand people, across the sea to Sweden. The heroism of an entire nation reminds us that there was pride and human decency in the world even during a time of terror and war.
REVIEW
Lois Lowry won her first Newbery medal for Number the Stars, a novel about a 10-year-old Danish girl during World War II. There's certainly no shortage of Holocaust-era historical fiction out there, but what makes this one unique is that it's told from a child's point of view in a child-size portion.

Lowry doesn't shy away from the harsh realities of the Nazi occupation of Denmark: people disappear and Nazi soldiers abuse their power. But the novel is peopled with brave, responsible adults who shield others from as much trauma as they can, and little by little, the 10-year-old heroine learns that an ordinary girl can be brave, heroic, and true.

This is a relatively short book with easy vocabulary, ideal for upper elementary school. I like the values portrayed in this story. Children tend to see things as black and white, and with the war, nothing is so simple anymore. When Annemarie realizes that her parents and uncle are lying to her about their participation in the Resistance, at first she feels angry and hurt. She has learned that lying is wrong, and it's only as the story progresses that she sees that withholding damaging and dangerous information is not exactly the same as lying. In fact, withholding some information can actually save people and protect them from evil forces that want to harm them. This is an adult concept, and Annemarie becomes a premature adult in some ways as she takes part in the Resistance.

All through, the ideals of courage, self-sacrifice, bravery, kindness, religious tolerance, and freedom are honored, and readers finish the book feeling that human dignity can never really be squashed. Not if a ten-year-old girl can save her friends.

UPDATE
The Tolman Hall Homeschool Literature Unit Study for Number the Stars is now available at Amazon, iTunes, and lots of other places. It makes a fantastic unit study for your homeschoolers because it combines literature and history. The end-of-unit projects will keep you busy and involved in World War II for quite some time. 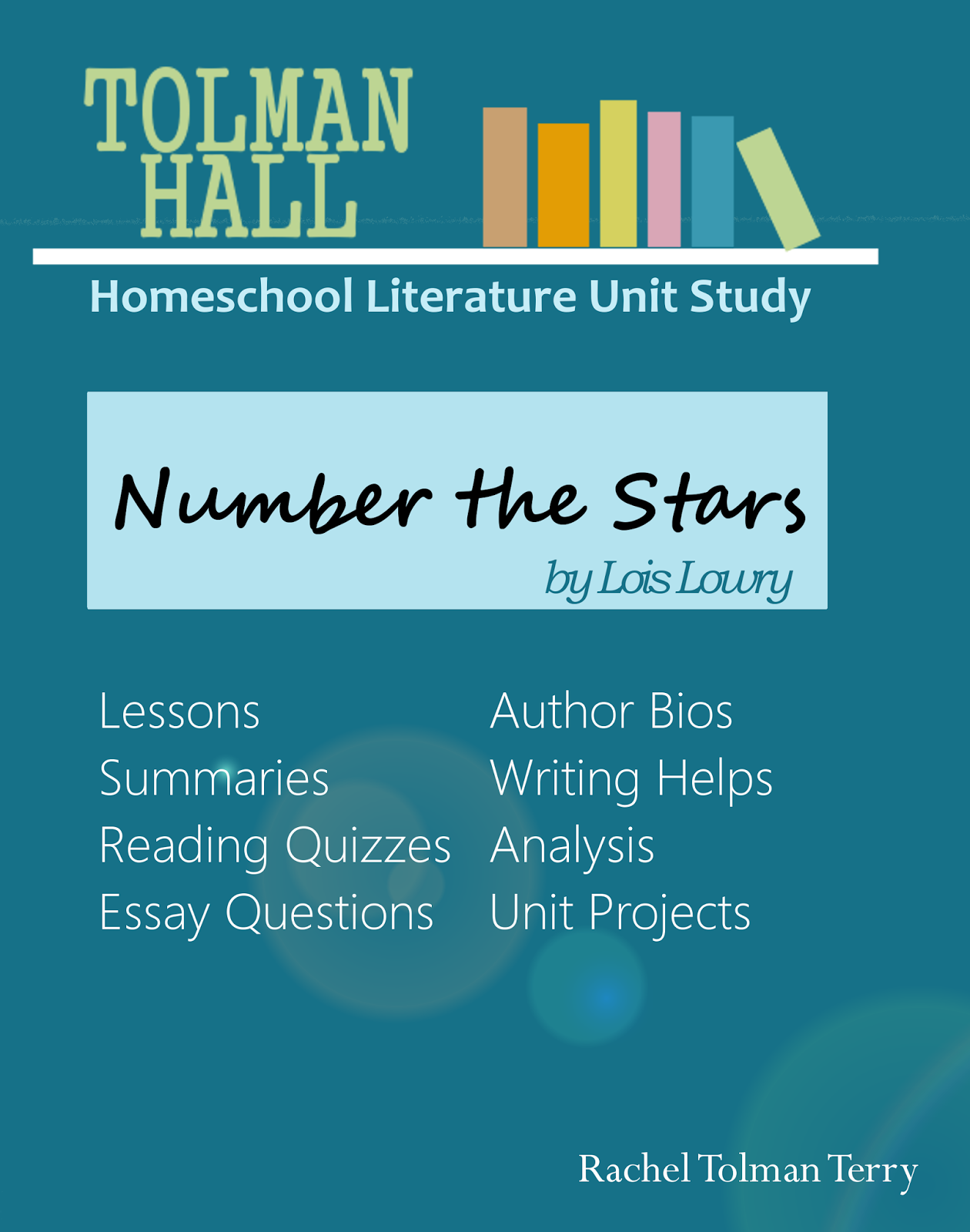